Austin Lee Edwards  –  Authorities have released new details about what they believe led to a triple murder in Riverside, California.

According to a press release, the teenage daughter of one of the fatalities discovered after a house fire was stolen by a Virginia guy who had been “catfishing” her online.

Riverside police officers were summoned to a home shortly after 11 a.m. Friday for complaints of a fight between a male and an adolescent girl. Officers reported the boy “looked distraught” as he got into a Red Kia Soul with a man subsequently identified as 28-year-old Austin Lee Edwards of North Chesterfield, Virginia.

While cops were responding to the welfare check, a call for a home fire in the area came in. Authorities eventually discovered that the burning house was the girl’s residence.

When the Riverside Fire Department discovered three adult victims lying on the ground in the front entryway, they launched a fire attack and gained entry. Their bodies were taken outside, where it was determined that they had been murdered.

The victims were identified as the girl’s mother, 38-year-old Brooke Winek, and her grandparents, 69-year-old Mark Winek and 65-year-old Sharie Winek. The exact cause and manner of their deaths are still under investigation.

The cause of the house fire is also still under investigation, although authorities say it appears to have been intentionally ignited. 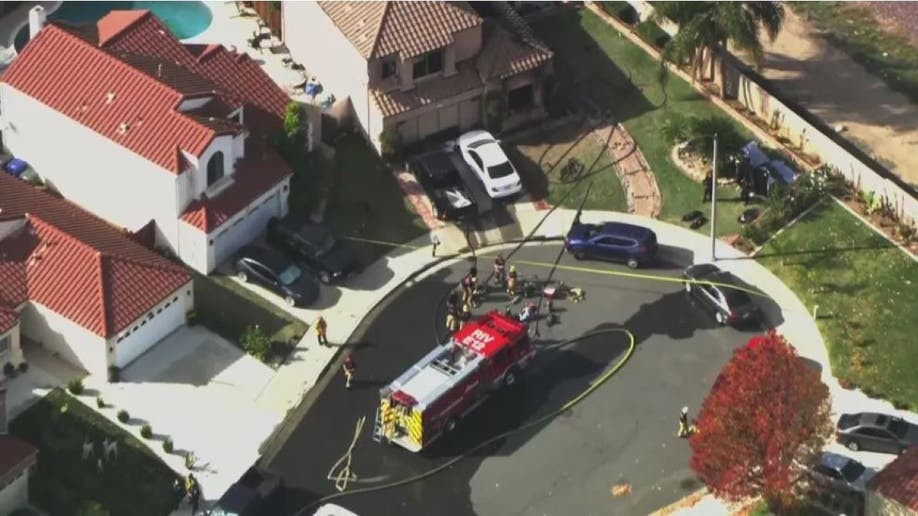 Several hours later, Edwards was discovered driving with the teen through San Bernardino County in the unincorporated area of Kelso, where he was apprehended by deputies.

When confronted, Edwards allegedly fired shots at deputies before they returned fire, killing him. The teen was unharmed and taken into protective custody.

Officials say Edwards met the girl online and “catfished” her by pretending to be someone he wasn’t. He traveled from Virginia to Riverside to see her after developing a relationship with her and obtaining her personal information, they said.

Edwards allegedly parked his car in a neighbor’s driveway, walked to the girl’s house, and murdered her mother and grandparents before fleeing with the teen.

Edwards previously worked for the Virginia State Police and most recently for the Washington County Sheriff’s Office in Virginia, according to officials.

“Our hearts go out to the Winek family and their loved ones during this time of tremendous grief, as this is a tragedy for all Riversiders,” Riverside Police Chief Larry Gonzalez said in a statement.

“This is yet another horrific reminder of the predators existing online who prey on our children. If you’ve already had a conversation with your kids on how to be safe online and on social media, have it again. If not, start it now to better protect them.”

Man, 40, fighting for life after being pushed into canal by...