Three shootings in Brooklyn and a stabbing in Queens injured four people overnight, according to police.

None of the bloodshed proved fatal.

A 37-year-old man was shot in the stomach outside Gravesend Neck Road, near McDonald Avenue in Gravesend, shortly after 2:30 a.m. Saturday, according to authorities.

The shooter was an adult man, cops said.

The victim was taken to Lutheran Hospital in stable condition. There were no arrests.

A 24-year-old man was shot in the torso less than an hour earlier, at 1:50 a.m., following a dispute with another man along New York Avenue and Fulton Street in Bedford-Stuyvesant, according to the NYPD. He was taken to Kings County Hospital in stable condition. 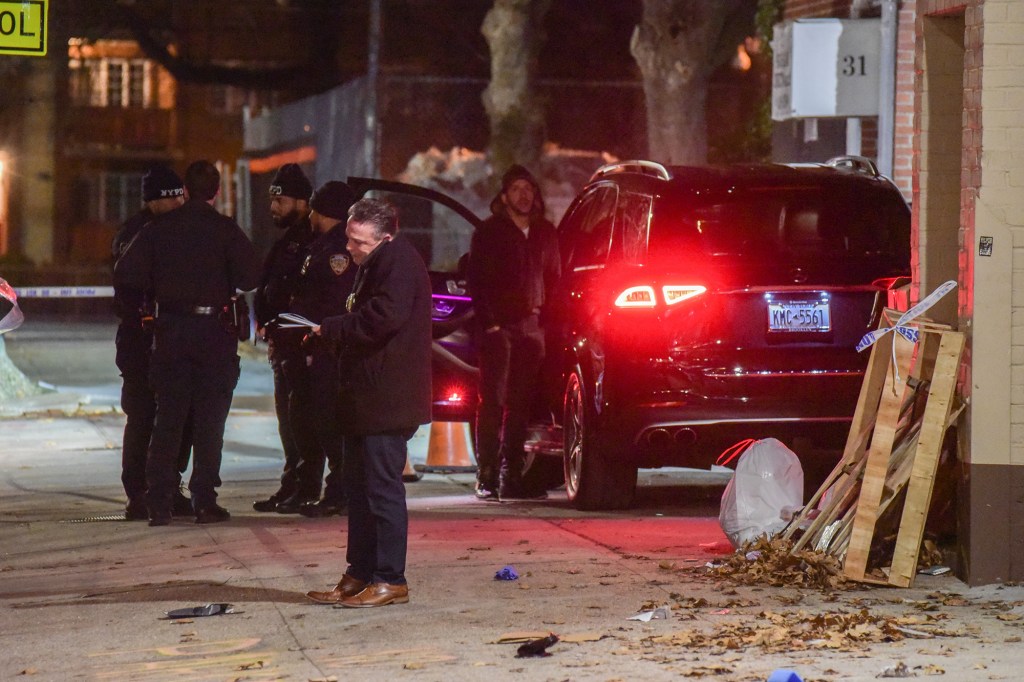 A 53-year-old man was shot once in the right leg on Broadway near Myrtle Avenue at 1:15 a.m., also in Bedford-Stuyvesant. Cops said the shooting occurred after an argument with an unidentified man.

In stable condition, the victim was taken to Wyckoff Heights Medical Center. No arrests were made.

A man whose age was not immediately available was slashed in the stomach and arm by “two to three” men “known to him” after a dispute on 194th Street near 75th Avenue in Fresh Meadows at 11 p.m. Friday, according to police.

The victim was taken to New York-Presbyterian Hospital in Queens in stable condition. There were no arrests.

Details of how Swedish tourists robbed at NYC subway station on...