The young boy discovered buried beneath floorboards in his Arkansas home had been dead for 15 weeks, killed when his mother’s boyfriend shoved his head in a toilet as “punishment,” according to harrowing court records.

Blu Rolland’s decaying body was found Friday — his sixth birthday — wrapped in “multiple layers of plastic bags” under “newly nailed-down boards” in his home in Moro, according to an affidavit obtained by NBC News.

After Blu’s sister was discovered with severe burns, his father’s family raised the alarm, and the little boy was repeatedly barred from scheduled custody visits.

Blu’s 28-year-old mom, Ashley Rolland — who has a big black eye in her booking photo — quickly blamed her boyfriend, Nathan Bridges, 33, after both were arrested the day after the gruesome discovery, the outlet said.

She told cops that her abusive beau killed Blu on Sept. 9 by shoving his head in the toilet as “punishment” for biting his finger, the affidavit said.

The mother claimed to have been in another room at the time, claiming she went into the bathroom after Bridges left and found her son “struggling to breathe, and his body was limp.”

She told cops that her boyfriend then “cut a hole in their wooden floor, dug a hole in the ground, and buried [Blu] under the house.”

However, according to a witness named Rebecca Fiting, Ashley Rolland told her that “Blu had come out of the bathroom with his face/body swelling and foaming at the mouth before collapsing and dying.”

According to Fiting, the mother stated that “she didn’t know what to do and had buried Blu under the floorboards.” Her relationship to the suspect was not specified.

Dustin Rolland, Ashley’s ex-husband, filed a complaint on Sept. 14 about being “refused to allow visitation as ordered,” not realizing his son had been dead for five days, according to his ex-timeline. wife’s

It was his own mom, Karen Rolland, who finally called police after Blu yet again failed to be turned over for a visitation — but his sister emerged with a badly scabbed head from severe burns.

The grandma told NBC News that the girl’s clothes were soaked in urine, she “could barely even walk” — and her first request was for “water and something to eat.”

“I told her that she was safe, and just the look on her face was sheer terror,” she told the outlet.

Ashley Rolland told police that Bridges also caused those injuries to her daughter, saying he held her under hot water “as punishment for her behavior issues,” according to the affidavit.

An online fundraiser that had raised more than $25,000 by Friday also showed gruesome burns across the girl’s stomach.

“This child’s hair had been chopped off, she is malnourished, cracked ribs, and many many burns on her body in various stages of healing,” it said.

Ashley Rolland and Bridges are accused of capital murder, abuse of a corpse, tampering with physical evidence, endangering the welfare of a minor and battery. Rolland also faces two additional felony charges of permitting child abuse.

Both are being held without bond and are next due in court Jan. 17.

The children’s dad told NBC that he had “been trying to fight for my kids.” 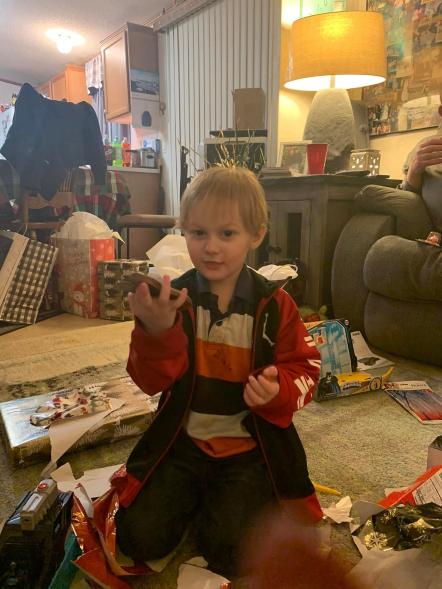 “I wish I could’ve been there a long time ago, but it was her holding me back from my children,” he said of his ex-wife, whom he married in December 2015 before divorcing in June last year.

“I don’t want anybody thinking that this was my fault. I love my kids very much,” he said.

Olena Zelenska: We’ll get through it.