There was no collecting $200 for one Oklahoma man who went directly to jail after firing a gun at his family members during a game of Monopoly Saturday.

John Ronald Dewayne Armstrong was arrested in Tulsa, Oklahoma, after a round of the game turned into an argument, resulting in the flipping of a table and the game’s board before he allegedly chased his stepsister and stepfather down the street while pointing his gun at them.

Officers with the Tulsa Police Department were called to a home near East Admiral Place and North Mingo Road around 6.30pm for reports of shots fired, according to KTUL. 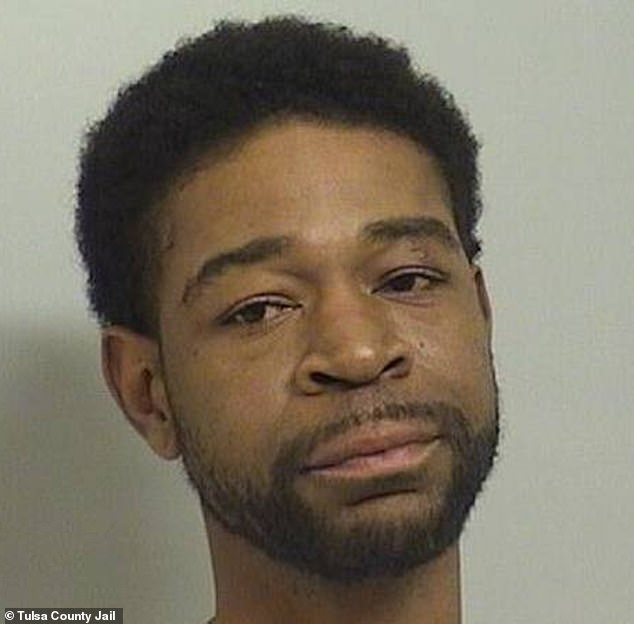 When the officers arrived, they discovered that the family members had been drinking when the game became violent, with Armstrong and his stepfather fighting.

The woman who dialed 911 told dispatchers that Armstrong was her stepbrother and that he had chased them down their street.

The chase started when the Monopoly board and other furniture were flipped over during the argument.

Armstrong sustained a cut on his head, which is when he reportedly pulled out his weapon.

‘It escalated quickly from family game night to furniture being turned over and game pieces all over the floor,’ said Tulsa Police Department Officer Danny Bean.

At some point, Armstrong and his stepfather took the argument outside, which is when he began to chase the man and his stepsister down the street.

As he was chasing the pair, he allegedly pointed the gun at them. Armstrong told police he fired a single shot ‘at the ground.’

‘He said he was aiming for the ground when he shot at them,’ Bean said. ‘But we came close to having a homicide over a game of Monopoly.’

What caused the heated disagreement in the first place is unknown.

‘We don’t know if it was about game pieces, play money, real money, but something set him off,’ he said.

The man was arrested immediately after officers arrived on the scene, according to FOX23.

‘There are no get out of jail free cards in life, and we put the cuffs on him and took him to jail,’ Bean said.

Armstrong was arrested and booked into the Tulsa County jail on one count of aggravated assault with a deadly weapon.

‘When he pulled the trigger, family game night became a felony,’ Bean explained.

After the Saturday incident, his bond was set at $25,000, and he has since bonded out.

The gun used by Armstrong was not immediately recovered, but officials believe he may have hidden it in his home before surrendering.

Armstrong is next due back in court on December 2, according to the Tulsa County Inmate Information Center.