Reggie Gibson, the son of THIS Morning star Josie Gibson, was rushed to the hospital after a painful accident in Mexico.

Josie, 37, revealed on Sunday that her four-year-old son was forced to seek medical attention. The youngster was seen in a wheelchair after sustaining a serious injury while on vacation.

The brave boy was treated at a nearby hospital and had an X-ray to determine what was wrong.

Josie did not specify which part of the body had been injured, but she did say the area had been wrapped in plaster cast before the youngster was sent on his way.

Josie updated fans on her son’s frightening ordeal by posting a photo of him in a wheelchair.

She wrote: “I’ve got to give it up to the Mexican hospitals, in and out within the hour.

“Poor Reggie on holiday as well.”

Despite the painful injury, Reggie looked in good spirits and managed to crack a smile.

Josie recently opened up about her special relationship with her son.

The actress said she is happily focused on her son and that motherhood has changed her “strong woman.

“It’s made me a real strong woman.”

When asked about her love life, the actress revealed that she is currently enjoying her single life and that motherhood is the most important thing to her right now.

She stated: “I never really chat people up; I just have a laugh and hope they like me; I’m not that smooth. 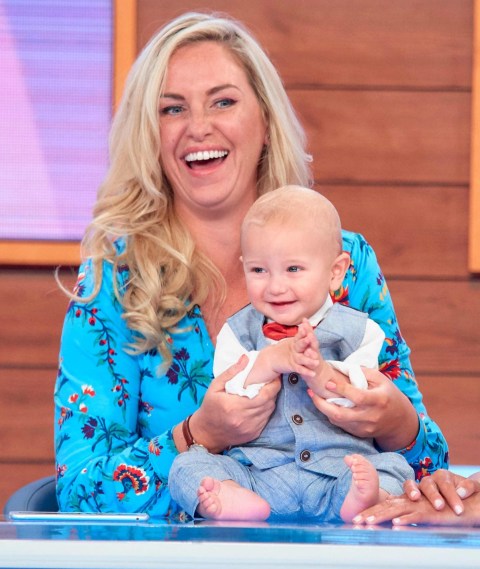 “I get home to a four-year-old, so I don’t want to have someone in the mix because my time is precious. If someone was in the mix now, it would eat out of my son’s time and I’m not on for that at the moment.

“I couldn’t do that dating apps because I haven’t got the minerals, I could not go and meet them, I’d be too scared.

“I just wouldn’t have the confidence to go and meet them if I didn’t know them and I like to know people who know people.”