Following a fatal traffic collision in Dublin last week, GARDAI has renewed their appeal for information.

Despite the efforts of Gardai and emergency personnel, Kevin was pronounced dead a short time later on the N81. 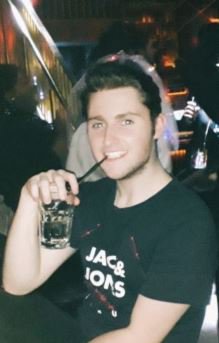 The driver and sole occupant of the car, a woman in her forties, did not require hospitalization.

“Garda are appealing to any person who may have witnessed this collision to contact them,” a garda spokesperson said.

“Any road users who were travelling on, or in the vicinity of, the N81 in Tallaght on Wednesday evening between 6.45pm and 7.30pm and who may have camera footage (including dash cam), is asked to make this available to investigating Gardaí.

Kevin’s devastated family wrote in his death notice that their son had been “taken suddenly from our lives”.

Kevin was described as the “loving and devoted son of his heartbroken mother and father, Liz and Paul, and forever missed by his adored sisters Jade and Pearl,” according to ie.

“Kevin will be forever loved and never forgotten by all who knew him; he will live through his niece and nephews, Lyle, Ella, and Ran, brother-in-law Anthony, aunts, uncles, cousins, extended family, his many friends and neighbours,” the statement continues.

Fundraising efforts have begun in a bid to help “alleviate the financial strain and funeral expenses off of the family”.

The GoFundMe – started by friends of the Sheedy family following his death – had the goal of raising €8,000, but has already surpassed the €12,000 mark.

Cops: Boy, 10, shot mother dead because she refused to make...