These gender-bending babes went from dating members of the same sex to falling madly in love with each other in their “unusual heterosexual relationship.”

And the formerly gay-only sweethearts — whose avant-garde amour has gone viral, fetching upwards of 30.5 million views on TikTok — say they “couldn’t be happier” together. “I remember seeing James’ video and thinking he was so cool,” said Maren, from Central Valley, California.

“Before James, I’d only dated girls, but I’ve always been attracted to fem-men because I love the combination of confidence and femininity,” she continued, adding that she found his audacious androgyny appealing. “He has a pretty face and pretty smile. What’s not to love?”

Like Maren, a pre-med student of philosophy and public health at Tulane University in New Orleans, Louisiana, James only dated members of his same sex before they met.

“Even though I identified as gay before I met Maren, I wasn’t seeking a romantic relationship with men,” explained James, an event planner from Durham, North Carolina.

“A long time before I met Maren, I had one boyfriend, but we only lasted a couple of months as it didn’t feel right,” he added. “When I got to know Maren, there was the click, and that’s how I knew this was special.” The unlikely long-distance lovers exchanged phone numbers and spent hours chatting on FaceTime every night for a month after connecting online. They became friends because they shared a sense of humor and a love of R&B music.

Then, in March 2021, Maren decided to travel the 10-hour distance to see James in his home state.

“We’d talked about meeting up, and I had a couple of days off school, so I decided that it was the perfect time to meet,” Maren recalled, noting that the lengthy journey was well worth it.

“When I arrived, it was fairly late at night, but it was amazing to see each other in person for the first time,” she said. “James was just how he was over the phone; funny, intelligent and confident.” 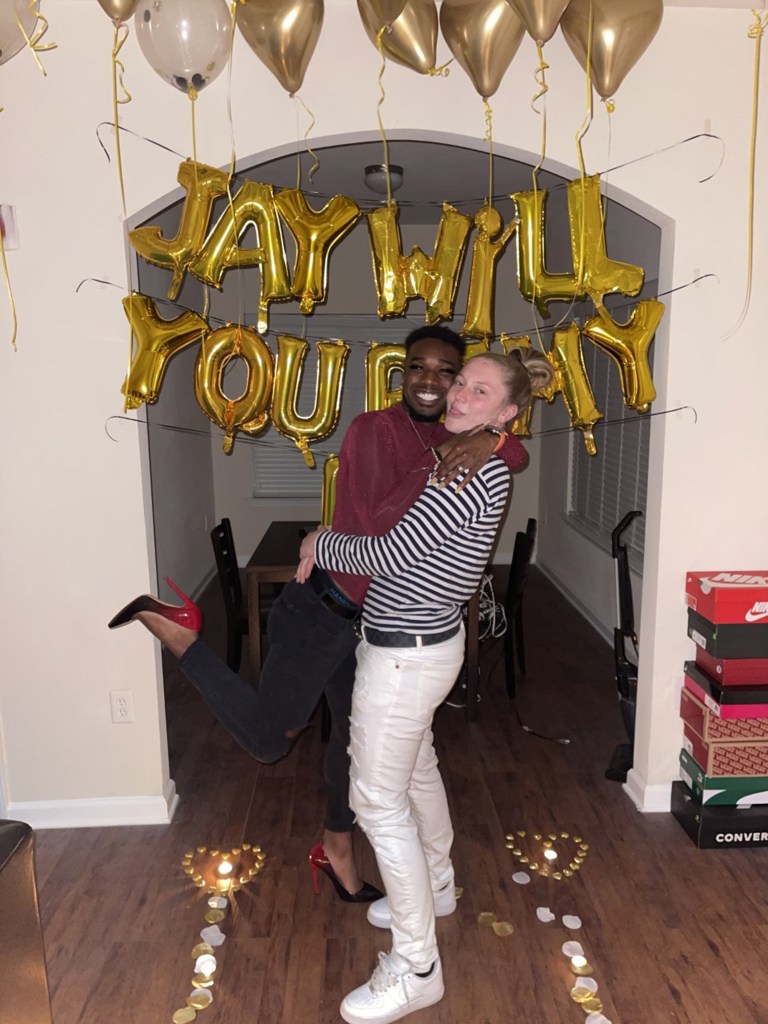 During their 48-hour visit, the pair grabbed a bite to eat and James introduced Maren to his friends and family.

The nonconformists became an official couple in April of last year.

And while their revolutionary relationship has since received an influx of praise from virtual supporters on TikTok, James and Maren have found that people in the real world aren’t as accepting of their unique love.

“When in public, we mainly get stares from small children and older people,” said Maren, claiming that her own mother was shocked by James’ womanly appearance.

James, too, remembered his father’s stunned reaction after meeting Maren. 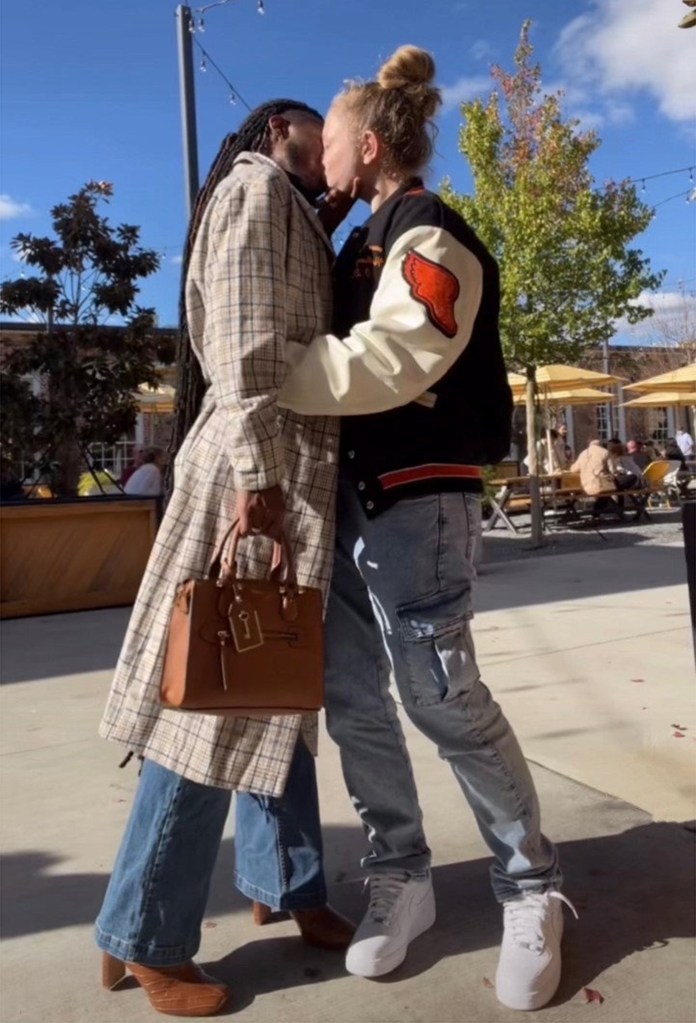 “My dad was surprised when I introduced Maren as my girlfriend because he’s from a different generation and a pairing like ours isn’t something he’s seen,” James explained.

And, while he insists that his father adores Maren as his girlfriend, James understands why many people find it difficult to accept their romantic relationship.

“Society is so used to putting people in boxes,” James explained. “When you meet people as unique as us, it’s difficult for some to understand because of how we present ourselves in our appearance and mannerisms.”

The unconventional darlings, who currently live in separate states but visit each other when their schedules allow, plan to cohabitate in California soon.

“We cannot wait to enjoy the everyday couple things like waking up next to each other, enjoying new experiences and not having to cram it into one weekend,” said James. “Most of all, we’re excited to do life together and get married and have babies.”

Maren added, “It’s important to live your life in a way that you’re happy with and that is true to you.”