What is Richard Nixon Net Worth ?

Richard Nixon was an American politician who had a net worth equal to $15 million at the time of his death (adjusting for inflation). Richard Nixon was the 37th President of the United States, a position he held from 1969 to 1974.

Many significant events occurred during his time in the White House, including the end of the Vietnam War, the first manned landing on the moon, and the establishment of the Environmental Protection Agency. Famously, Nixon’s second term ended early following the Watergate scandal, when he became the only US president to resign from office.

He was elected to the House of Representatives in 1946 and reelected in 1948. In 1950, he was elected to the Senate. Nixon was Dwight D. Eisenhower’s running mate in the 1952 election. He served as vice president for eight years and narrowly lost to John F. Kennedy for President in 1960.

During his Presidential term, he ended the U.S. involvement in the Vietnam War in 1973. He visited the People’s Republic of China in 1972 and opened up communications. Nixon also initiated the Anti-Ballistic Missile Treaty with the Soviet Union. He fought cancer and illegal drugs, enforced desegregation, implemented environmental reforms, and reformed healthcare and welfare.

Nixon was re-elected by a large margin in 1972. His second term resulted in the Watergate scandal. In lieu of being impeached, he resigned from office and was pardoned by his successor, Gerald Ford. Nixon authored nine books and traveled the world during his retirement.

Richard Nixon was born on January 9, 1913, in Yorba Linda, California to Quaker parents Hannah and Francis. He had four brothers named Harold, Donald, Arthur, and Edward. Nixon grew up poor on his family ranch, which ultimately failed in 1922. Subsequently, the family moved to Whittier. There, Nixon attended East Whittier Elementary School.

As a teen, he went to Fullerton Union High School, where he played junior varsity football and participated on the debate team. Nixon eventually graduated from Whittier High School. He went on to attend Whittier College, where he played basketball and continued his prowess as a great debater. Nixon graduated with a BA in history in 1934 and then went to the Duke University School of Law, from which he graduated in 1937.

After being admitted to the California bar in 1937, Nixon started practicing with the Whittier law firm Wingert and Bewley. The next year, he opened his own branch in La Habra. Later, after moving to Washington, DC in 1942, Nixon landed a job at the Office of Price Administration. However, dissatisfied with his role, he decided to join the US Navy. Nixon was first assigned as an aide to the commander of the Naval Air Station Ottumwa, and then to Marine Aircraft Group 25 and the South Pacific Combat Air Transport Command. He was eventually promoted to lieutenant, and finally lieutenant commander. Nixon was relieved of active duty in 1946; seven years after that, he was promoted to commander in the US Naval Reserve.

He went on to become the running mate of Republican presidential nominee Dwight D. Eisenhower, for whom he served eight years as vice president.

Following Watergate and his resignation, Nixon was eventually issued a pardon by his successor, Gerald Ford. He went on to live for nearly 20 years in retirement, during which time he wrote ten books, including his memoirs, and went on a series of international trips to rehabilitate his image as an elder statesman.

In 1940, Nixon wed high school teacher Pat Ryan; they had two daughters named Tricia and Julie. The two remained together until Pat’s death from lung cancer in 1993. A year later, Nixon suffered a major stroke at his New Jersey home; after being taken to the hospital, he went into a deep coma. He passed away at the age of 81. Nixon and his wife are interred on the grounds of the Nixon Library.

In 1969, Richard paid $1.4 million, the same as $11 million in today’s dollars, for a 5.5-acre property in San Clemente, California. He sold the property in the 1980s for an undisclosed amount. In 2015, the buyer put the home on the market for $75 million. He did not ultimately sell the property, even after reducing the price a number of times. Here’s an aerial photo and video tour of the home: 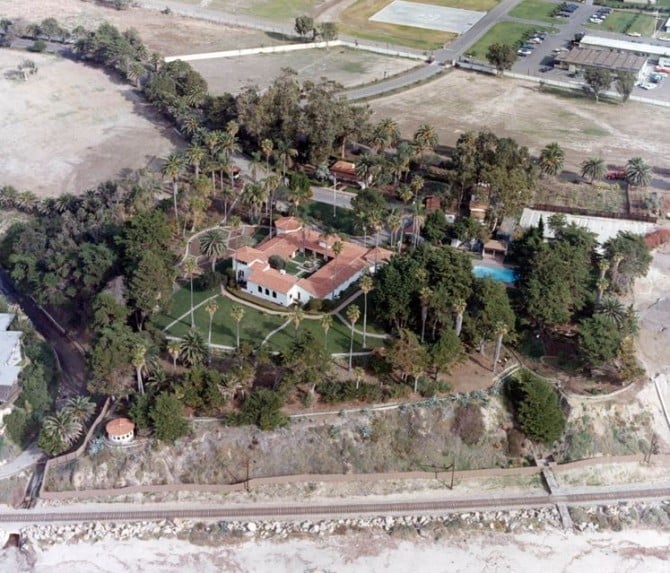 Who is Jamil Demby ? Biography