The leader of a gang that used a ‘honeytrap’ to lure a young boy to his death will be released from prison after being granted parole.

Danny McLean, now 32, will be free in a matter of weeks after the Parole Board recommended his release on licence earlier today.

McLean worked with then-15-year-old Samantha Joseph to lure Shakilus Townsend, 16, into a fatal trap in Thornton Heath, south London, in 2008. 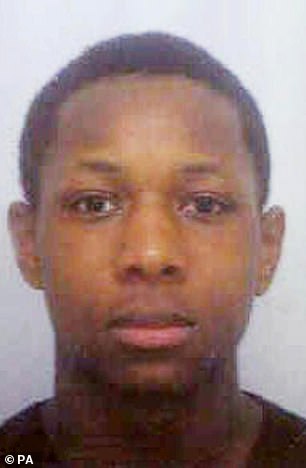 Shakilus, 16, was head over heels in love with Joseph, who was also involved with jealous love rival McLean.

Shakilus was cornered by McLean and his gang once they arrived in a quiet cul-de-sac. The victim was stabbed six times and beaten with a baseball bat as he cried out for his mother.

The killing shocked the nation and shed light on out-of-control gangs like McLean’s Shine My Nine Gang.

McLean, the ringleader, was sentenced to life in prison at the Old Bailey in 2009, with a minimum term of 15 years.

Joseph served ten years in prison for her role in the murder and was deported to Trinidad in 2019.

McLean made his first appearance before the Parole Board on September 10.

‘We can confirm that a panel of the Parole Board has directed the release of Danny McLean following an oral hearing,’ said a Parole Board spokesperson.

‘Parole Board decisions are solely based on what risk a prisoner poses to the public if released, and whether that risk is manageable in the community.’

‘A panel will carefully examine a huge range of evidence, including details of the original crime, and any evidence of behaviour change, as well as explore the harm done and impact the crime has had on the victims.

‘Members read and digest hundreds of pages of evidence and reports in the lead up to an oral hearing.

‘Evidence from witnesses such as probation officers, psychiatrists and psychologists, officials supervising the offender in prison as well as victim personal statements may be given at the hearing.

‘It is standard for the prisoner and witnesses to be questioned at length during the hearing which often lasts a full day or more.

‘Parole reviews are undertaken thoroughly and with extreme care. Protecting the public is our number one priority.’

In a summary of their decision, the Parole Board stated ‘his (McLean’s) behaviour in prison had been positive for most of his sentence.’

It added: ‘He had undertaken the required accredited programmes to address offending behaviour and was assessed as having made sufficient progress to be transferred to an open prison in February 2020.

‘It (the panel) was told that he had continually engaged and complied with the open prison regime.

‘Having completed the requirement resettlement activities, Mr McLean had found employment and had spent a considerable amount of time at work, in the community on temporary licence without concern.

‘He had also completed short periods of overnight release to an approved address.

‘There had been no evidence of Mr McLean associating with negative peers either in prison or in the community.’

McLean’s release on licence was recommended by the panel, subject to strict conditions such as living at an agreed-upon address, electronic monitoring, and restrictions on his daily contacts.

The Parole Board’s decision is only provisional for 21 days. During that time, the Secretary of State has the option to appeal the decision, though this is uncommon.

The jury heard at McLean’s trial that Joseph arranged to meet Shakilus on July 3, 2008, while wearing a see-through floral dress.

They took the bus to Thornton Heath, south London, and she told him they were going to meet her cousin.

Joseph, just 15 at the time, lured Shakilus into an alleyway, where he was ambushed by a gang of six masked and hooded teenagers.

The youngster bled to death after being beaten with a baseball bat and stabbed six times in a ‘relentless and merciless attack’ led by a jealous love rival.

The Old Bailey heard how Shakilus was in love with her, after meeting her a month before the attack.

The teenager, from Deptford, south east London, showered her with gifts and told his mother she was beautiful and he wanted to marry her.

But Joseph was also seeing McLean, who was a member of the street gang Shine My Nine.

McLean had dumped Joseph, from Brockley, south east London, when he found out she had cheated on him.

But, obsessed with the violent thug, she was prepared to do anything to get him back and they decided to set up her unwitting lover.

The court heard how McLean, wearing his gang’s trademark orange bandanna across his face, plunged the knife into Shakilus’ chest, raking it across his liver before twisting the blade.

The killers were later chased away by neighbours who found the teenager lying bleeding to death and sobbing, ‘mummy, mummy, mummy…I don’t want to die’.

The Old Bailey was told how Joseph was later seen walking off with McLean, carrying his hoodie and a cream-coloured handbag stained with blood.

She had confessed to friends that she had agreed to ‘get Shak set’.

She and McLean later wiped the victim’s Bebo account to get rid of any link between her and the dead boy.

Joseph was convicted alongside McLean and five members of his gang of murder at the Old Bailey on September 3, 2009.

The other killers were brothers Tyrell Ellis, 19, and Don-Carlos Ellis, 18, from Thornton Heath, together with Andrew Johnson-Haynes, a 19-year-old former public schoolboy from Croydon. Andre Thompson and Michael Akinfenwa, both 17, were also found guilty.

Judge Richard Hawkins told the gang: ‘You left him to die a lonely death, crying for his mother.’

The mother of Shakilus Townsend told after the verdict how he was besotted with the girl who betrayed him.

‘I’ve never met her in person, but I’ve spoken with her on the phone.’ Shaki showed me pictures from his phone, and I remember thinking how lovely she is.

‘He was popular and had a lot of girlfriends, but the girl on trial was different.’

He genuinely cared about her, and I’m baffled as to how she could have so callously set him up and lured him to his death.’

‘Shakilus’ death was a senseless premeditated murder, and no one deserves to die in the appalling way my son did, especially a child,’ said the father.

The mother of five described her son as a “loving, caring person” who was working hard to put his troubled past behind him.

She also pleaded with with teenage gangs to put down their weapons, saying: ‘You may think you’re in too deep, but you can change.

‘Don’t wait until tomorrow. Tomorrow may be too late.’

The Parole Board will take into consideration McLean’s behaviour in prison, including his involvement with married prison officer Emma Beard.

The mother-of-four was jailed for a year in December 2010 after pleading guilty to misconduct in public office.

Isleworth Crown Court was told she had sex with McLean in his cell at Feltham Young Offenders Institution, Middlesex.

Other members of the gang involved in Shakilus’ killing have also been released.

They include Andre Thompson, now aged 30, jailed for a minimum 13 years and three months, who was recommended for release in June.

Details of how Menace sentenced for dangerous driving stunt near gas...