An experienced barrister who traveled across the country with wine, a condom, and a camouflage net to have sex with 13-year-old females he met online has been barred.

Guy Sims began communicating with two females he thought were 13 on the social networking platforms Mylol and Kik, sending them sexualized messages.

The 54-year-old barrister made plans to meet one of the females and drove 150 miles from Cambridge to Portsmouth with the purpose of engaging in sexual conduct. 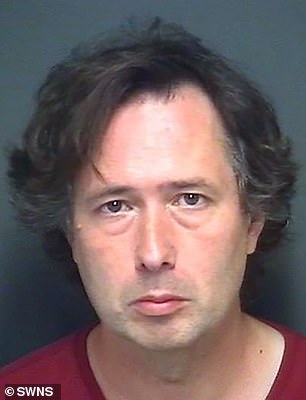 When he arrived, cops arrested him after discovering cider and a condom on his person, as well as camouflage leaf netting in his car.

Sims, from Bedford, was sentenced to three and a half years in jail in October last year at Oxford Crown Court after a unanimous jury found him guilty of three counts of planning or enabling the commission of a child sex offence.

Following a hearing at The Bar Tribunals and Adjudication Service (BTAS), the barrister was disbarred after the Bar Standards Board lodged two complaints of professional misconduct against him.

The tribunal determined that Sims, who was admitted to the bar in 2000, acted in a manner that would be perceived by the public as undermining his honesty and integrity, and that he should be disbarred.

According to the tribunal report, ‘in 2017, he set up one or more profiles on a teenage dating site pretending to be a 16-year-old boy.’

‘In September 2017, he exchanged sexually explicit chats with persons “X” and “Y,” whom he mistook for 13-year-olds.

‘On September 27, 2017, he traveled with a condom and drink to meet X for the purpose of arranging or facilitating intercourse with X.’

‘On September 27, 2017, he arranged to meet Y in a wood, carrying with him a camouflage net, for the purposes of arranging or facilitating sex with Y.’

The hearing was also told that in 2019, while already under investigation, he engaged in conversations with another girl he believed to be 13 and made arrangements to meet her for the purposes of sexual activity.

A spokesperson for the Bar Standards Board said: ‘We consider the Tribunal’s decision to order the disbarment of Mr Sims was appropriate in the circumstances.

‘A criminal conviction for child sex offences is clearly incompatible with the high standards expected of the Bar.’

The tribunal’s decision is open to appeal.