A pro-life woman was arrested earlier this month for silently praying outside an abortion clinic in Birmingham, United Kingdom, on the grounds that she had violated the local city council’s speech buffer zone.

Police told Isabel Vaughan-Spruce that she would be taken into custody for violating a Public Space Protection Order. Video footage of the arrest was captured by AllThingsProLife and circulated by Alliance Defending Freedom, which is hosting a fundraiser for Vaughan-Spruce’s legal defense.

When officers asked if she was a part of a protest, she said, “No.” They then asked if she was praying, to which she replied that she might be “in my head.” Police then handcuffed her and escorted her to the station after searching her and patting down her hair.

Vaughan-Spruce was later charged with four counts of failing to comply with a Public Space Protection Order, which prohibits certain activities that promote “anti-social behavior,” according to the policy.

The directive is meant to empower local governments to “counter unreasonable and persistent behavior that affects the quality of life of its residents,” but it is unclear which specific behaviors are illegal.

The PSPO was created in the London Borough of Brent, for example, to combat public defecation, alcohol use, aggressive job solicitation, and the operation of an unlicensed transport service.

The PSPO guidebook also includes a section on how to control dangerous dogs.

Five local councils have already created such zones, with some carefully advertised with signs detailing that free speech is limited on the premises. In October, a PSPO was declared around an abortion facility in Bournemouth, U.K. A picture of a sign, obtained by ChristianConcern.com, outlined the surface area in red where a number of activities were banned.

Among them were “prayer or counseling” as well as “holding vigils where members audibly pray, recite scripture, genuflect, sprinkle holy water on the ground or cross themselves if they perceive a service-users is passing by.”

The PSPO order that Vaughan-Spruce allegedly violated was imposed by Birmingham City Council on September 7, and it prohibited all abortion protests outside the clinic.

According to the video, Vaughan-Spruce did not carry a poster, candles for a vigil, or graphic images that might be considered disturbing to local residents when she stood in front of the building by herself. On February 2, 2023, Vaughan-Spruce is scheduled to appear in Birmingham Magistrates Court.

“The PSPO protecting the area around Robert Clinic focuses on ensuring people visiting and working there have clear access without fear of confrontation. 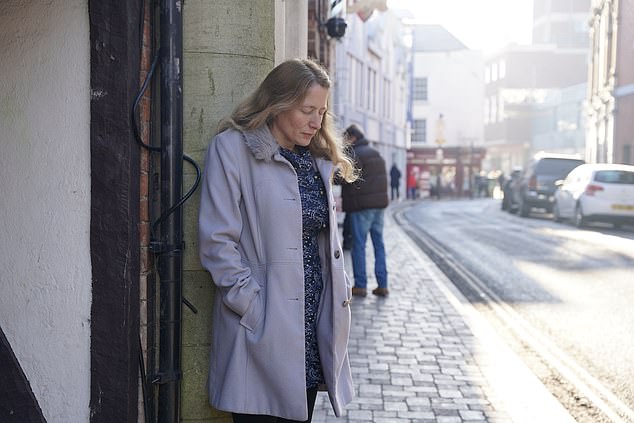 Any local authority seeking to implement a PSPO must have robust evidence for its introduction, which guides the conditions and location – this includes concerns and complaints received from the community,” a Birmingham City Council spokesperson said when the order was granted.

Prior to the order’s enforcement, it was subject to public consultation to solicit opinions and feedback from the general public. “All consultation contributions were included in the evidence that informed the final scope and conditions,” the spokesperson added. The restricted zone was supposed to be expanded to include nearby schools and churches, but that plan was scrapped following the public comment period.

Who is Paul Edwards? Father took nine-year-old son to Hooters for...