A TEENAGE football player from Texas has taken the internet by storm, with fans unable to believe he is only 12 years old.

Jeremiah Johnson of Fort Worth won the 12U MVP award at the Youth National Championships in Miami this week. 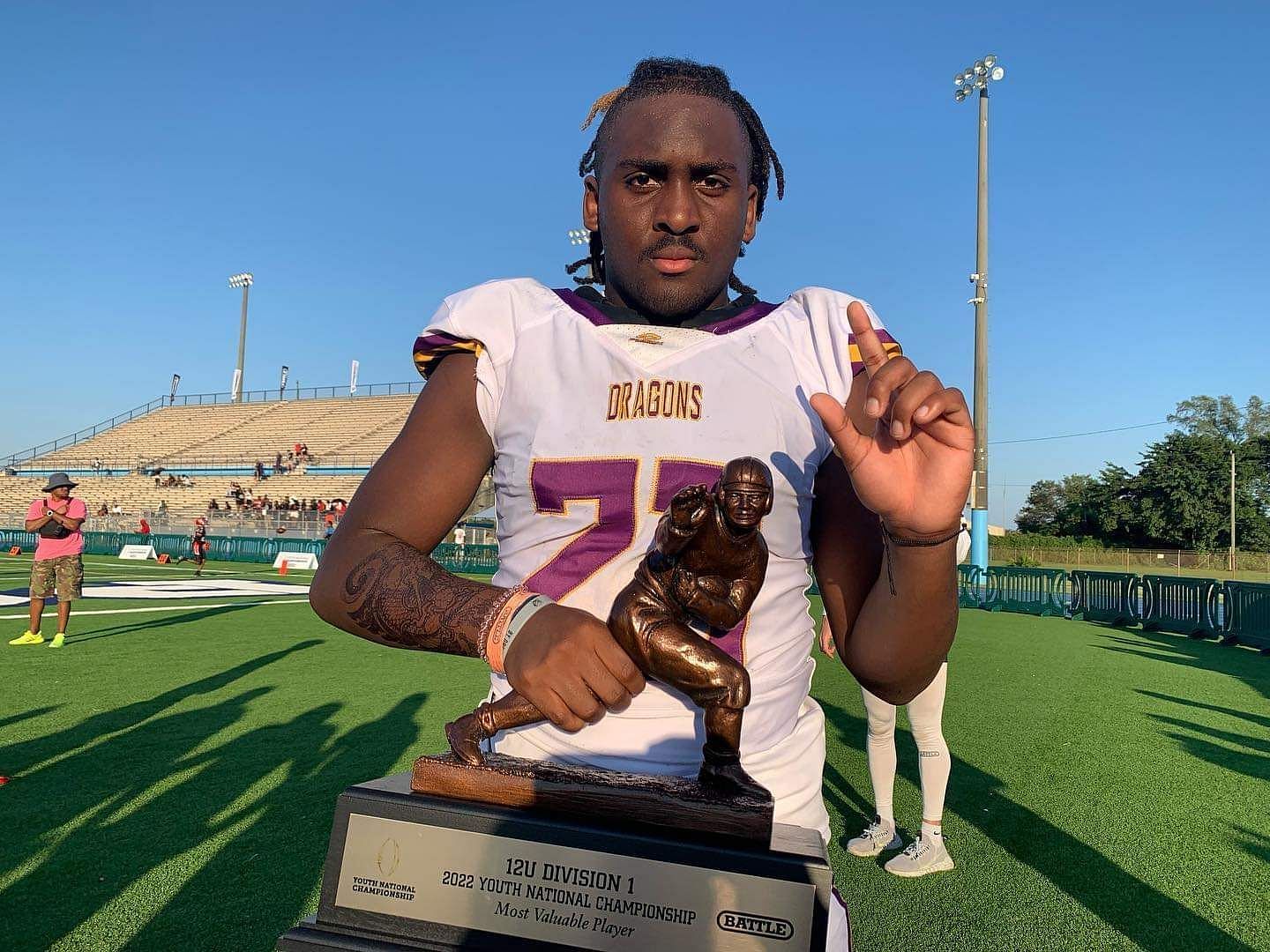 However, it wasn’t the gong in his hand that got people talking; rather, the photos sparked heated debate about his true age.

Johnson has an impressive mustache over his top lip and also appears to have a tattoo sleeve on his right forearm.

Fans were shocked when he revealed his true age to a fan on TikTok following the event in Florida.

The fan asked a sheepish-looking Johnson: “How old are you?”

Johnson claims on his Twitter page to stand at 5ft11 and tips the scales at 198lbs. 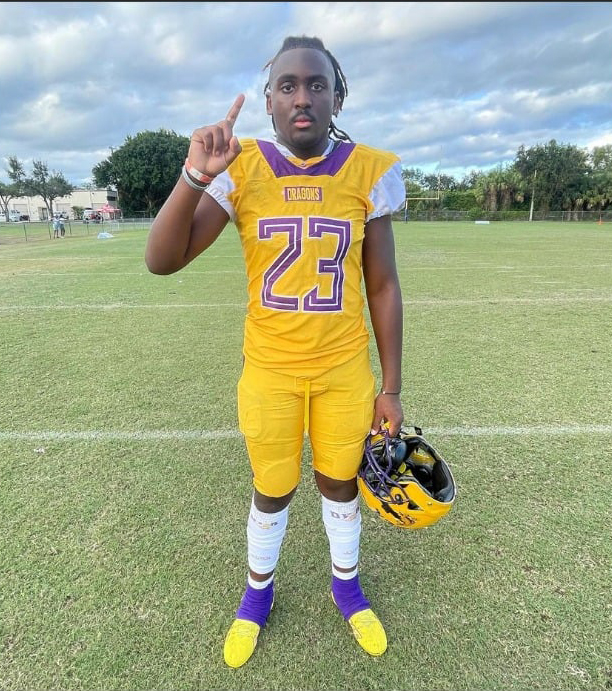 He is versatile enough to play running back or offensive line, and he is currently starring for the Dallas Dragons Elite Academy (DEA).

His team has gone 20-0 this season, with their star player winning the 12U Division 1 MVP award at the Youth National Championships.

Fans, however, were quick to question how Johnson could possibly be a teenager at this age.

One wrote: “So we supposed to believe not only that he is 12 but he is 12 years old with a half sleeve tattoo?”

Another laughed: “This boy got a mortgage.”

A third joked: “He born in a leap year.” 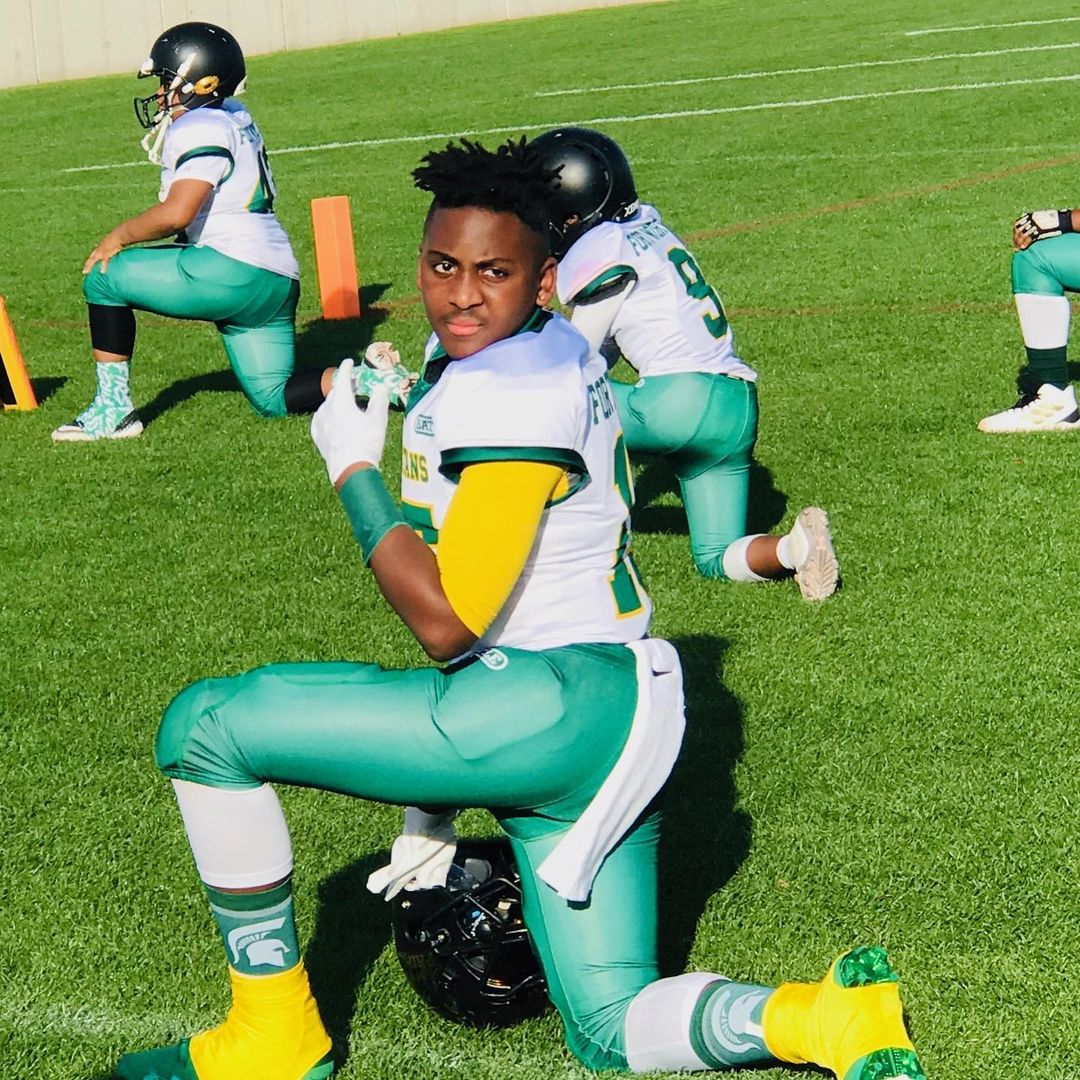 A skeptical fourth said: “12 with a tattoo and look like a 23-year-old and has a decent deep voice …..yeah he lying he ain’t fooling me…momma probably told him to lie his age for attention but it’s not gonna work with me.”

And even Miami Dolphins superstar Tyreek Hill got involved, saying he feared for his son’s safety if he had to play against Johnson.

Hill tweeted in disbelief: “If that 12-year-old really 12 my son not playing football, these kids built different.”

Under footage of Johnson barging his way past helpless kids, one impressed fan wrote: “This kid really has everything.”