The police chief of Tampa, Florida, resigned after it was revealed that she used her position to avoid getting a ticket for driving her golf cart on the street.

A body-cam video shows Mary O’Connor and her husband being stopped last month near their gated community by a Pinellas County sheriff’s deputy.

“I’m hoping you’ll just let us go tonight,” she said as she identified herself, flashed her badge, and told the deputy. 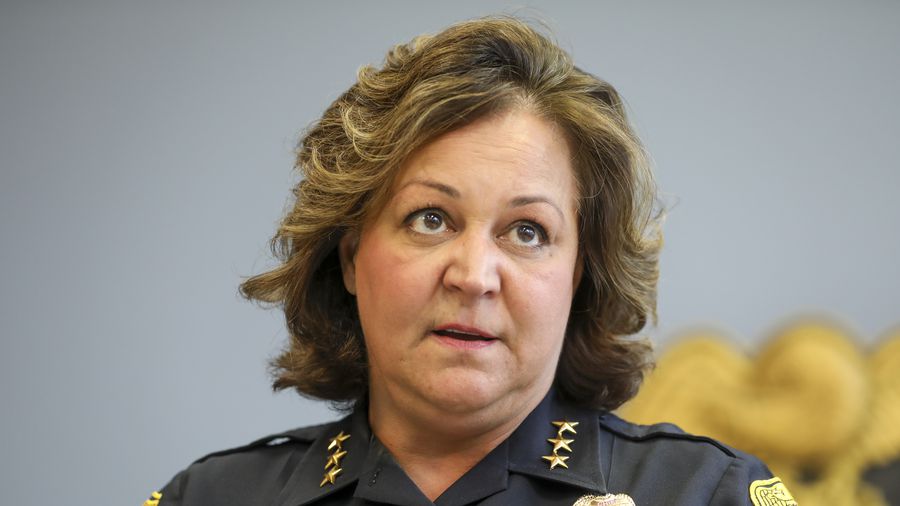 “Tampa Mayor Jane Castor has requested and received the resignation of Police Chief Mary O’Connor,” the mayor said in a statement released by her office, adding that she violated policies on “standard of conduct” and “abuse of position or identification”.

The incident occurred on November 12 in a suburb outside of Tampa, Florida’s third largest city, according to video released last week.

Mrs. O’Connor and her husband were pulled over for driving an unlicensed vehicle on the street, according to the deputy.

Mrs. O’Connor explains that she’s going to get some food and that she doesn’t usually drive on public roads.

She then inquires about the deputy’s body camera. “I’m the police chief in Tampa,” she says when he says it is.

According to the deputy, they have “a lot of problems with golf carts around here.” Before being let go without a ticket, she is seen handing him her business card.

Mrs. O’Connor apologized last week, saying she understood how “this matter could be viewed as inappropriate, but that was certainly not my intent.”

Mayor Castor’s statement on Monday said that the police chief was expected to lead by example and be held to “high standards for ethical and professional behavior.”

“That clearly did not occur in this case,” she said, adding that it was “unacceptable for any public employee, particularly the city’s top law enforcement leader, to request special treatment because of their position.”

Mrs. O’Connor was sworn in as mayor in March after 22 years on the city’s police force.

In 1995 she was fired as an officer after being arrested for attacking deputies during a traffic stop before being re-hired the following year.

Who is Ozgur Gevrekoglu? Hunter ‘shot dead by his own DOG...