William Trevor Lawrence is an American football quarterback for the Jacksonville Jaguars of the National Football League.

Considered among the highest-touted college football prospects, he won the 2019 National Championship Game as a freshman at Clemson and set the school’s record for quarterback wins.

He was selected first overall by the Jaguars in the 2021 NFL Draft.

Marissa Mowry is the wife of American football quarterback for the Jacksonville Jaguars of the National Football League, Trevor Lawrence.

Lawrence married Marissa Mowry, whom he had been dating since high school. 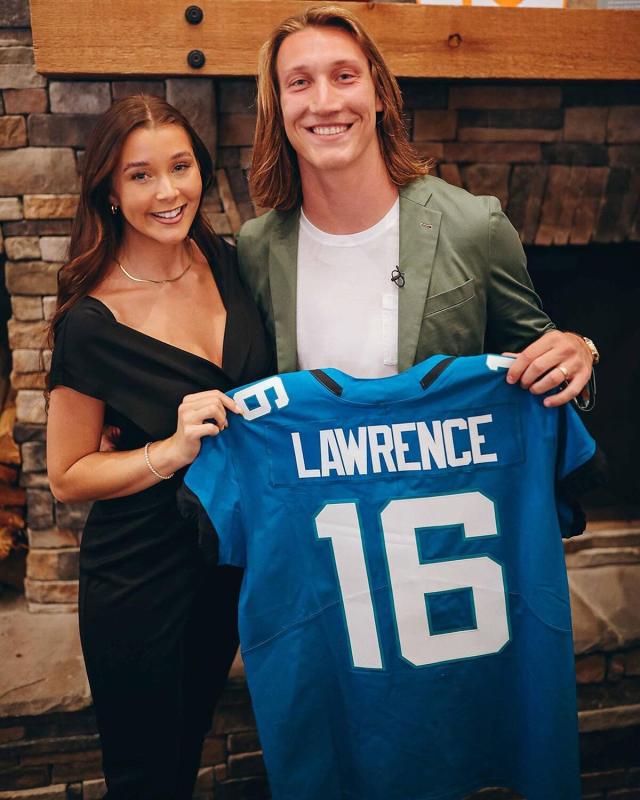 Marissa Mowry was born on November 10, 1999, in Cartersville, Georgia to parents Steve Mowry and Kelly Huffman Cass. She has two siblings, sisters McKenzie and Miranda.

She graduated from Anderson University in December 2020. She studied public relations there.

The couple got married on April 10, 2021 in Bluffton, South Carolina, following their engagement in July 2020. 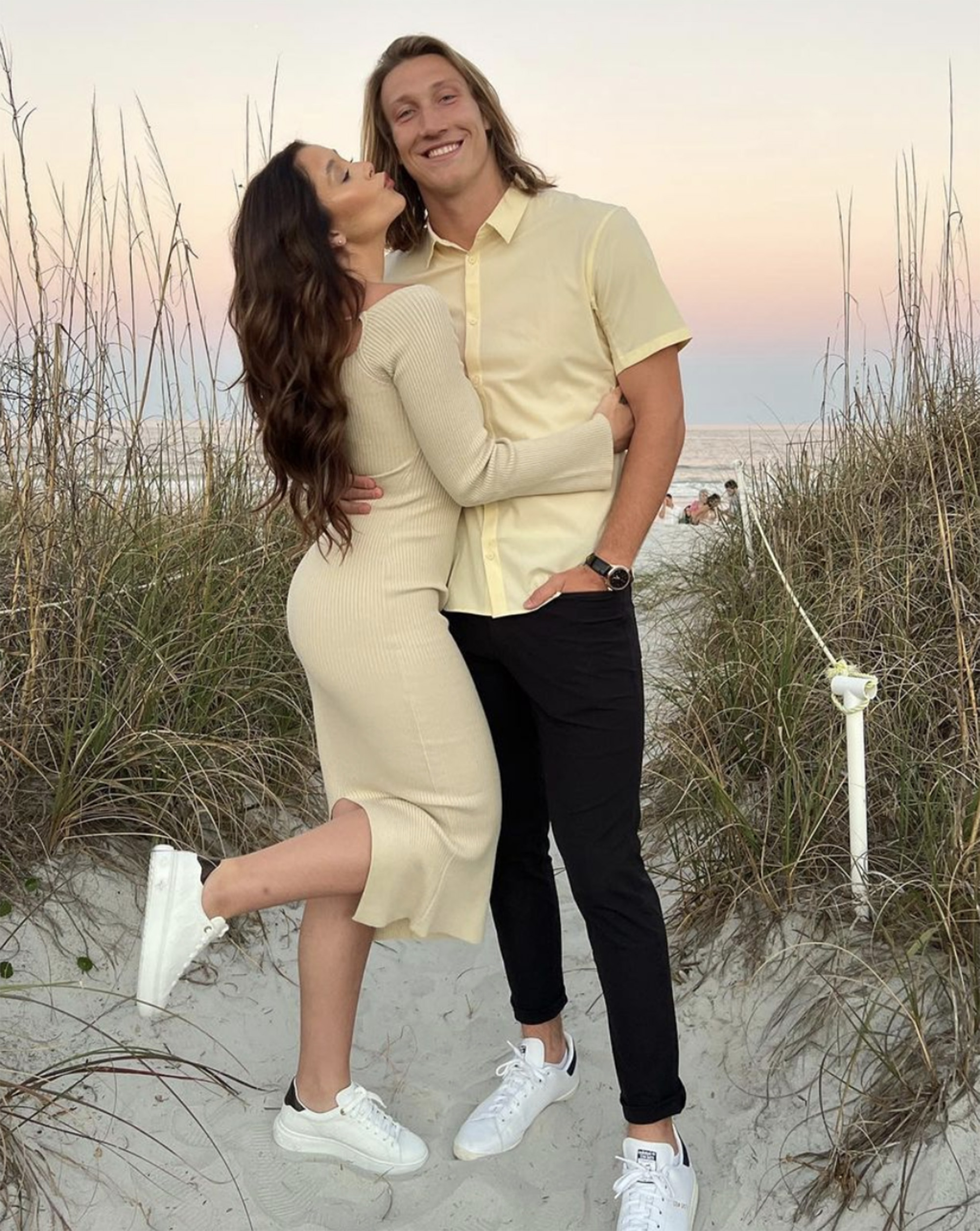 Trevor proposed to Marissa at his previous team’s home, the home of the Clemson Tigers football team – Memorial Stadium, Mariisa mentioned in her instagram how Clemson University will forever hold a special place in their hearts.